While Distracted Driving Rates are High Nationally, Idaho Drivers are Among the Safest in the U.S., Per Recent Report 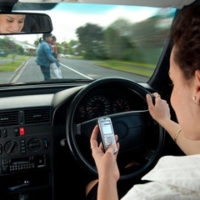 A report recently released by Everquote Inc., an insurance marketplace, based on their app EverDrive, shows that distracted driving is still a major problem in the United States.  The 2018 EverDrive Safe Driving Report, based on 781 million miles of driving data from 2017, analyzes driver behavior and evaluates the good and bad habits of American drivers.

Laws restricting cell phone use have a positive effect

The report found that Midwesterners are the safest drivers, while drivers in the Northeast had the highest rates of unsafe driving.  Idaho came in fifth place overall for safe driving:  24% of recorded trips involved speeding (compared to 40-50% in Northeastern states), 17% involved hard braking (compared to over 30% in California and other states), and 12% of trips involved aggressive acceleration (compared to 18-21% in California and Northeastern states).  When it came to cell phone use while driving, while Idaho was among the safest at 35%, most states hovered between 35% and 40%.

In Idaho, despite recent efforts, hands-free tech is still not required, but texting while driving is illegal

A recent bill would have required Idaho drivers to use hands-free technology, banning the manual use of cell phones altogether.  The new bill would have repealed Idaho’s existing 2011 law which bans texting while driving.  Proponents of the bill claimed that Idaho’s current law banning only texting and not other activities, such as posting on social media, is proving difficult to enforce.  However, the bill died in the Idaho Senate, with opponents claiming the law was an example of government overreach.

Idaho drivers who cause a crash while driving distractedly may be liable for damages or injuries connected to the accident.  If you or a loved one have been injured in a car accident in Idaho caused by distracted driving, call the knowledgeable and passionate Twin Falls personal injury lawyers at Pedersen Whitehead & Hanby for a consultation at 208-734-2552, with additional offices in Boise at 208-336-2552.