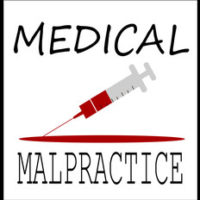 As we’ve explained in previous posts on this blog, medical mistakes are believed by many experts to be the third-leading cause of death in the United States. One of the most common preventable reasons that hospitalized patients die is due to a pulmonary embolism. The risk factors and symptoms of pulmonary embolisms are well-known, and many times, these deaths are preventable if medical professionals will only identify the symptoms before it is too late. Read on to learn more about pulmonary embolisms, and contact an Idaho medical malpractice attorney for more information.

What is a pulmonary embolism?

A blood clot can form in the legs, a condition known as Deep Vein Thrombosis (DVT), for a number of reasons. If the blood clot becomes dislodged, it can travel through the blood stream and become lodged in smaller arteries or capillaries, cutting off blood flow to that limb or organ. A pulmonary embolism is a blood clot that has become lodged in an artery of the lungs. As many as 900,000 people are injured and 100,000 people die prematurely of blood clot-related conditions, including pulmonary embolisms.

What are risk factors for pulmonary embolisms?

There are numerous reasons why a patient might be at a risk of developing a blood clot that could travel through the veins and wind up lodged in an artery in the lungs. One common cause of blood clot development is that the patient recently underwent surgery. Obese patients, those of advanced age, patients who smoke, and patients with a family history of blood clot development are also at risk. Also, patients who have recently been immobilized for prolonged periods are at greater risk of forming blood clots, whether due to being on bed rest, suffering from paralysis or in an unconscious state.

Physicians and nurses who know that their patients bear these risk factors must be on high alert for any symptoms that their patients have formed blood clots. Research shows that as many as 70% of all cases of healthcare-associated embolism-related injuries or deaths could have been prevented with appropriate treatment or medication. Studies have found that victims of pulmonary embolisms often weren’t put on blood thinners that could have prevented formation of a blood clot, or that they missed critical doses of that medication while in the hospital. These victims of medical error may be entitled to compensation through a personal injury lawsuit.

If you believe that you or someone you love has been the victim of an incident of medical malpractice in Idaho, contact the dedicated and knowledgeable Twin Falls personal injury lawyers at Pedersen Whitehead & Hanby for a consultation at 208-734-2552, with additional offices in Boise at 208-336-2552.