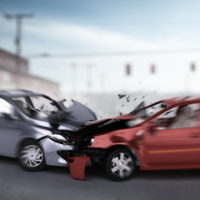 Car crashes are caused by a variety of factors.  While we most commonly think of poor driving as the cause, typically distracted drivers or those under the influence of alcohol, drugs, or lack of sleep, there are other factors that lead to accidents.  The families of victims of a deadly crash on Interstate 84 claim that the cause was not the drivers themselves but rather the negligent activities of the Idaho Transportation Department (ITD).  Those families have brought wrongful death claims against the ITD, seeking more than $12 million in damages.  Read on to learn more about the airmen killed in the crash, and contact a skilled Idaho personal injury lawyer for help if you have been injured in a traffic accident in Boise, Twin Falls or surrounding areas.

Around 11:30 p.m. on a Saturday this June, a commercial vehicle and an SUV were traveling eastbound on I-84 until they slowed due to construction traffic near the Cloverdale Road overpass west of Boise.  The normal four lanes were reduced to a single lane due to a pavement sealing project.  A 2019 Volvo traveling around 62 miles per hour struck the commercial vehicle and the SUV from behind.  Four more vehicles became involved with the wreck, including a 2003 semitrailer and a 2006 Ford Fusion; at least one vehicle caught on fire.

Two people were transported by ambulance to St. Alphonsus Regional Medical Center in Boise.  Ultimately, four people were confirmed dead as a result of the wreck.  Mountain Home Air Force Base officials eventually identified three of the people who were killed in the accident as members of the Air Force.

Family of Deceased File Claim Against At-Fault Driver and ITD

The claims put the ITD on notice of the plaintiffs’ intent to file a lawsuit.  Per Idaho rules of procedure, the ITD has 90 days to respond to the claims.  If the state either denies the claims or does not respond, then the plaintiffs may sue.  While the plaintiffs claim more than $12 million in damages, there is a cap on the amount of damages that can be awarded against state agencies:  $500,000.00 for “a single occurrence,” per Idaho Code § 6-926, no matter how many claimants.  The state is not subject to punitive damages.

Plaintiffs have also sued the driver of the Volvo that instigated the wreck.  Idaho caps non-economic damages at just under $360,000 per claimant, unless the defendant acted severely recklessly.

If you or a loved one has been injured in a traffic accident in Idaho, call the dedicated and effective Twin Falls personal injury lawyers at Pedersen & Whitehead for a consultation at 208-734-2552, with additional offices in Boise at 208-336-2552.