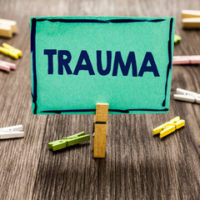 Sometimes the most devastating health issues that develop after a major car accident are the ones that aren’t visible to the naked eye. One example of a disabling condition that can last long after wounds have healed is known as Complex Regional Pain Syndrome. Learn more about this syndrome below, and contact a knowledgeable Idaho personal injury lawyer for more information.

Complex Regional Pain Syndrome, or CRPS, develops most commonly in victims of traumatic injuries, but it can also develop in stroke victims. The condition causes pain often described as a squeezing, burning, or prickly pain. CRPS typically develops in the extremities as the result of damage to nerves, afflicting either a finger, arm, foot, or leg. Medical researchers believe that CRPS is the result of the body having an overreaction in response to an injury. CRPS victims tend to show an excess of cytokines in their blood, which is an inflammatory chemical that the body usually produces when fighting off a bacterial infection or virus.

CRPS is divided into two categories:

What are the symptoms of Complex Regional Pain Syndrome?

One of the most distinctive symptoms of CRPS is allodynia, or extreme sensitivity to touch at the site that is experiencing pain. The injured area may become discolored or inflamed. Many patients find that skin will become thin and shiny in this area, as well. Circulation is often poor in the injured limb or digit, with the area turning blue or purple. Victims may notice that the temperature of the injured area may become very hot or very cold. Difficulty with muscle coordination, abnormal growth of hair or nails at the site, and swollen joints are other possible symptoms.

CRPS often arises in victims who experienced a burn, fracture, cut, or other major injury, especially when the victim was forced to immobilize a limb for a prolonged period afterward. In order to afford treatment and rehabilitation after a major injury, many CRPS victims are forced to seek damages through an injury lawsuit from the person who caused the initial injury.

If you’ve been hurt in an accident in Idaho, get seasoned, professional help seeking money damages by contacting the Twin Falls personal injury lawyers at Pedersen & Whitehead for a consultation, at 208-734-2552, with additional offices in Boise at 208-336-2552.